The city of Prishtina has always been an area in flux with people coming and going which has been inhabited for nearly 10.000 years. The first historical record mentioning Prishtina by its name dates back to 1342 while during the 14th and 15th centuries, it became an important mining and trading center on the Balkan market. The city has gone through the Illyrian, Roman, Byzantine, Ottoman and Slavic reign, all of them leaving marks on its history and heritage. To capture at least some of its rich history, we worked with the Oral History Initiative, through the “Inter-community Dialogue through Inclusive Cultural Heritage Preservation” project, set out to map the stories of Prishtina residents that tell of important moments of the past one hundred years.

They conducted twenty-nine oral history interviews and consulted over one hundred interviews from the Oral History Kosovo digital archive (oralhistorykosovo.org) and other public and privately-owned photographic archives. The result is countless personal stories that take note of key cultural and political events that have defined the contours of Prishtina’s contemporary identity brought together in a mobile app aptly named Pristina Walks. We, later on, we did a similar project with them for another old city of Kosovo, called Janjevo. Pristina Walks is a multilingual interactive map whose architecture was designed to accommodate curated research as video, audio and text. The app consists of four thematized Walks: From a la Turca to a la Franga; Asphalt for Progress; The long ‘90s; and Memoryscapes, which altogether contain eighty-four points of interest supported by one hundred and ten short videos which reveal the city from the perspective of its own residents. 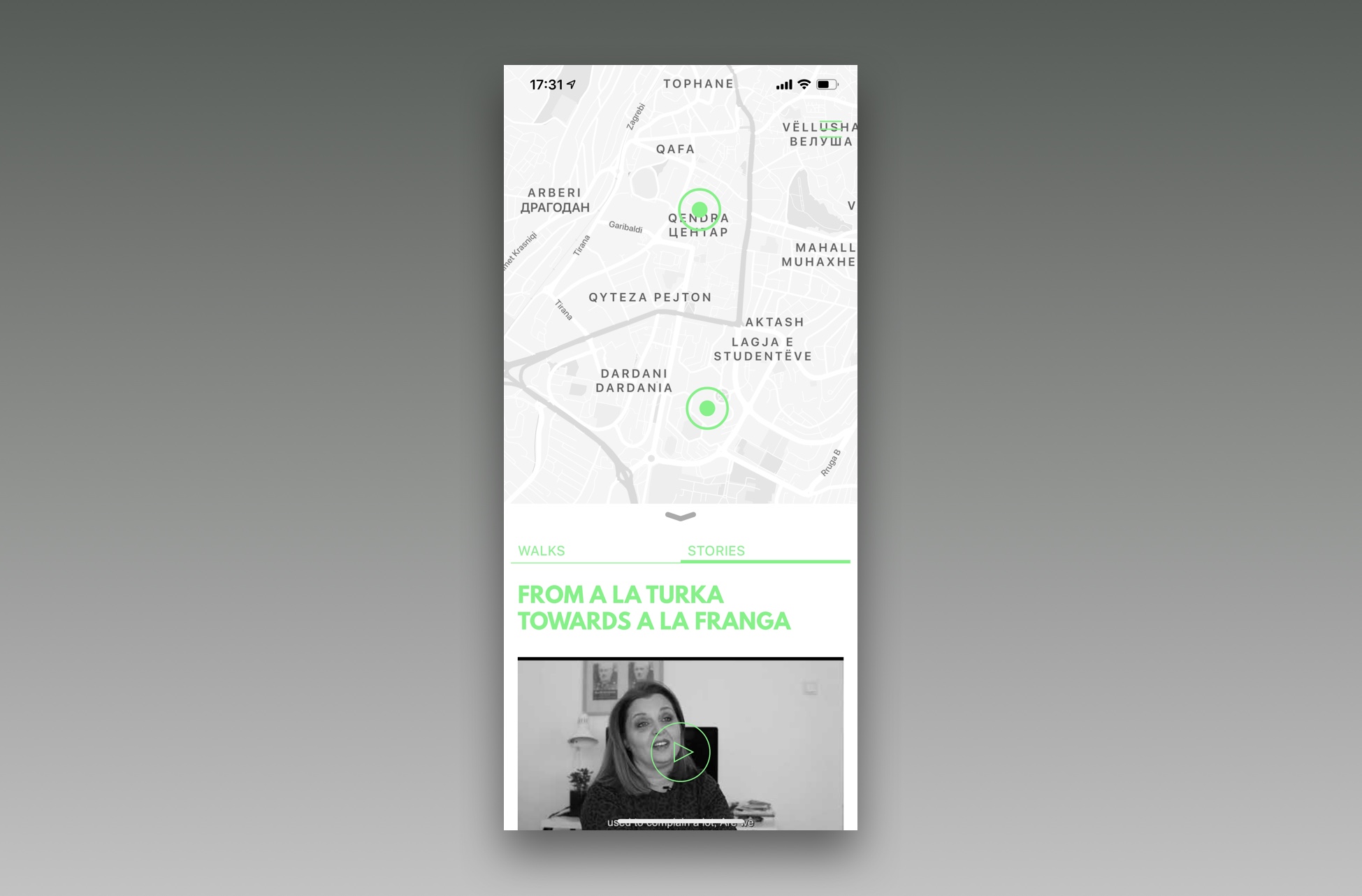 Each Walk offers immersive discovery and learning experiences that nurture curiosity about cultural heritage, local history and architecture. Moreover, the Walks encourage walking as a way to create a sense of belonging and a culture of place.

Pristina Walks mobile app is a year-long research project on Pristina and it is part of the “Inter-community Dialogue through Inclusive Cultural Heritage Preservation” project funded by the European Union’s Instrument contributing to Stability and Peace (IcSP) and implemented by United Nation Development Programme (UNDP) in Kosovo. Prishtina Walks and Janjevo Walks can be downloaded from App Store and Play Store. Featured Image: © Arben Llapashtica  // Other Image: Oral History of Kosovo

Any cookies that may not be particularly necessary for the website to function and is used specifically to collect user personal data via analytics, ads, other embedded contents are termed as non-necessary cookies. It is mandatory to procure user consent prior to running these cookies on your website.